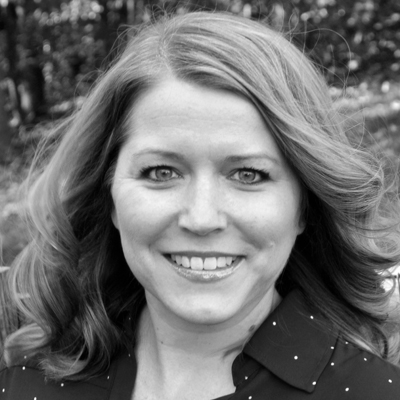 Growing up in the typical American Christian household led me to a dead faith, full of resentment towards the church. After graduation, I rejected God and the people who followed Him. But slowly God pursued my heart, even though I was at rock bottom and full of sin. I came to know Christ at the age of 23. Then At 27 years old, just nine months after the birth of my first son, my world was rocked when I was told I had cancer. I was given a 30% chance of living with no treatment options beyond surgery. A year and a half later, cancer returned, reducing the already low statistic and I was faced with navigating difficult treatment decisions. God has become my everything, the Bible has become real, and my life hasn’t been the same since.

Wife to Ryan and Mommy to five amazingly loud kiddos, Holly spends her day mostly in chaos. When she is not homeschooling, reffing NERF gun battles or cleaning; she loves to read and write. Although life is crazy and there is never a dull moment and she wouldn’t change a thing.

Holly will take you through her journey of misplaced identity and a life of shame to entering into a romance with God. In the midst of the happiest time in her life, the birth of her son Jonah, Holly was faced with the reality of stage 3 cancer. From the day of her diagnosis, Holly had the choice of believing God and his eternal word or believing the doctors and statistics. In the darkest place, God’s glory and power were revealed and no longer was status quo faith good enough. To the world, she may look like a silly girl with a silly faith, but to God, she desperately wanted to have faith that would amaze Jesus.

How Are You Building Your House?:

Being a mom is hard, so very hard. It is easy to get stuck in the mundane and stay in survival mode. Holly never thought she would be the one to have a bad influence over her children until they started to pick up and imitate all of her bad habits. The Bible says that a wise woman builds her house and a foolish woman tears it down with her hands. Wrestle with Holly as we take a look at our actions and words that may be tearing down our house. We want to leave a legacy of loving well; not of complaining, survival, and complacency. Thankfully with Jesus, we can learn to build with wisdom.

The parable of the lost son is one that most Christian’s have heard. But have you ever thought of the lies that the lost son might have had to overcome on that long walk home? What lies have we allowed to become truths as we walk along our weary deserts? Take a deeper look into the lost son and how we can combat those lies that keep us from living in all that God has planned for our lives.

Holly Holton
VISIT MY WEBSITE
MEET THE REST OF OUR SPEAKERS