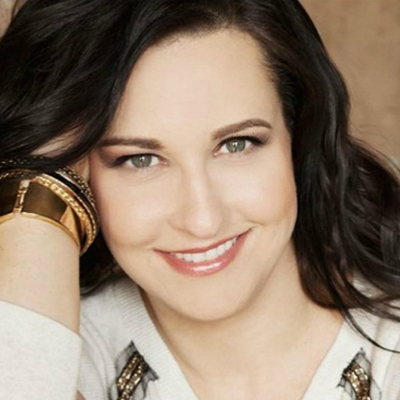 “There’s something intrinsic about humanity and a survival instinct. Most of us will do whatever we can to keep our head above water, to take one more breath in and out…to keep breathing and keep our heart beating.
But God’s intent for His children, His creation, wasn’t limited to survival. He intends for us to thrive. “I have come that you may have life to the full.” (John 10:10).
For Natasha Owens that verse isn’t merely a comfort or a pick-me-up… It’s a decree. A mantra for life…and it is the very thing that has turned her darkest days into a light that is too bright not to share.

“Life is hard and heartache, tragedy and loss aren’t selective or rare. But for many people, as soon as they make it through the given crisis, they stop there. They stagnate,” she says, reflecting on her own season of loss and the dark days when all she could do was breathe in and out.

A few years ago, Natasha’s father, 58 at the time, was doing a simple task he’d done hundreds of times before. There was no drama. There was no build up. There was no warning. While cleaning his guns one day, one misfired, placing a bullet in his chest. He died soon thereafter.

“After the shock wore off, the depression set in,” she shares. “For some reason, our pastor came to me and said he thought I should be the music minister at the church.”

Even now, the memory of that conversation stirs a small laugh of disbelief.

“I couldn’t even get out of bed every day,” she says. “How could I get up and motivate anyone else?”

After a lot of time in prayer, alongside her husband, Natasha accepted the position. Soon, the music, the mission and the ministry captivated her heart. It stole away the listlessness and confusion and hopelessness. Week after week, as she poured herself into the music of the church, thereby pouring herself into the lives of all who comprised that church body, the Holy Spirit poured into her a peace, a reassurance and a drive to take this opportunity even further than she could have imagined.

“Sometimes you have to pour out to other people,” she says. “You have to pour out in faith. That’s when and how you get your healing. I took the music minister position and while it was still a long process of climbing out of the depression, I was so focused on songs, it stopped the spiral. It took time, but the music held me. The songs gave me strength enough to get out of bed.”

Unbeknownst to Natasha at the time, those songs lent more than strength. They laid the foundation for what would become the next chapter in her heart, her healing and her ministry. Vacillating between the church platform and a writer’s room, Natasha soon had another collection of songs; songs of restoration, hope and peace. At the prompting of a friend she took her music into the recording studio and created her first full-length project. It didn’t take long for the album to circulate within the music industry, opening doors left and right. The brand-new recording artist landed an opening slot for CCM icon, Michael W. Smith. She was invited to tour with Dove Award Artist of the Year recipient, Jason Crabb. She shared the stage with Sanctus Real.

With each new opportunity came another chance for Natasha to share her heart, her message and her hero. The songs that had been her healing, her comfort and her restoration were becoming that very thing to people around the world. By all accounts, she had succeeded and overcome. More accurately, she had allowed the God whose love burned through the darkness to be her victor. Victory after victory, her own stagnation began to give. She wasn’t just surviving anymore. She was beginning to thrive.

That’s precisely the point that her new album found its genesis.

“The stagnation and survival isn’t the end of it,” she says. “When we go through something that leaves us so broken, we have to give Him the credit for pulling us through. We have to show empathy and help others through it. We have to be out there with the broken.”

Today, Natasha and her music are doing just that. Following the success of her last project and touring, Natasha knew there was more in her heart that needed to be written and recorded. Industry heavyweight and iconic producer Ed Cash agreed. One meeting explaining the heart behind the new project landed him squarely in the production chair, as excited as Natasha about the message that was about to emerge.

“The project took on a very clear direction,” she says. “I knew I had made it through, but it was time for more. God gave this song to Ed Cash as we were talking about the new project. I shared with him that a lady I went to church with several years ago reached out last year and said she had a dream that she felt like God wanted me to know about. She said making it through was not the true message. It was just a stepping stone. Rising above is the true message.”

That truth courses through each song on the record but is particularly poignant in a lyric crafted by Ed Cash, “We Will Rise.”

Other songs began to emerge. “No One But You” came from a revelation that the façade of keeping it all together in a season of grief or struggle is fragile and temporal. “Move Me” came from the moment Natasha learned of her father’s death. As emotional paralysis set in, only the hand and prompting of God kept life moving forward. Another track, “Wings” is a song of liberation—flying high above the past, letting go of regret and not fearing or feeling ashamed of the darkness in our lives, because it is the challenges that mold into the people we are to become.

Each track, while beautifully unique, illuminated this idea of rising. With lyrics that are inviting, melodies that are compelling and delivery that drives home the truth within, these songs allow listeners to be honest and vulnerable in the most challenging and intimidating circumstances.

“The church wants you to be healed, but they don’t have a lot of patience,” she says. “It seems like you have to put on a fake smile and hide how you’re really feeling. People don’t always take the time to listen.”

Those are lessons Natasha has learned first-hand and has witnessed in the lives of those around her. Those lessons have fueled her healing and her music. Those lessons have helped her face her own feelings of inadequacy and intimidation for the sake of a call bigger than herself.

“He doesn’t call the equipped. He equips who He calls,” she says with stalwart conviction. “That has stuck with me and given me the courage to do what He’s called me to. If God is with me, I can do all things. I can do more than survive. I can thrive. If others can see the power of God to do such a work in my life and then translate it to their own…to really believe that they can do more than just get by, I’ve done my job.”

I live in Dallas, Texas with:

my Husband of 25 years, David and my two sons Nikolas and Brennan

To learn more about Natasha, her tour dates, and the story behind her music visit www.Natashaowensmusic.com

Natasha Owens
VISIT MY WEBSITE
MEET THE REST OF OUR SPEAKERS